Getting Electricity to our Sustainable Cabin


Here's an update on our sustainable cabin progress. 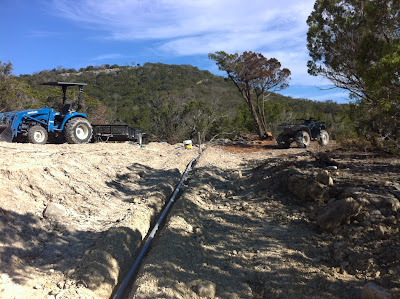 As I mentioned in a previous post, in an effort to reduce construction costs, we want to build as much of the cabin ourselves as possible. There are many tasks that we can do and have done in the past.  However, there are some areas that should be left to the professionals, like electrical work.

The most stressful and time consuming project has been getting electricity to the cabin.  Remember, this cabin is off the beaten path, so there are no utilities on the property. 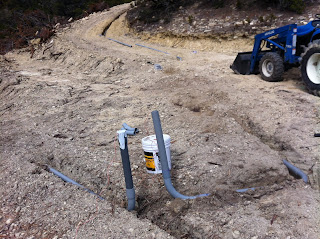 At one point, we actually considered whether or not we really needed electricity.  And the answer is yes, we do.  In this hot part of Texas, we want air conditioning.  Since we cook a lot, we want to freeze/chill food, and we want a dishwasher.  While I don't mind putting clothes on a line to dry, I do want a clothes washer.  We realize that we could live without these items if we had to, but honestly, we think would be more productive if we have electricity. 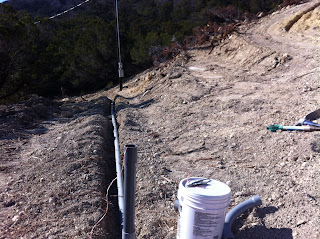 If we had hired the local electrical co-op company to do the whole job, it would have cost us 15-20K.  That would have taken up a big part of total budget.  Had we gone with solar, we would have spent upwards of 30K and would have continued to spend on it to maintain batteries/replace panels.

So, how do we reduce the cost?  What we decided to do is to take on the manual labor part of bringing electricity to the cabin via the local electrical co-op. 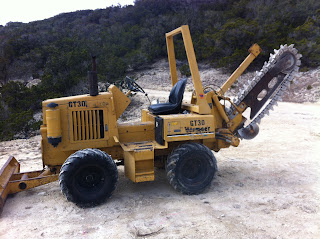 It took longer to do it this way, but this saved us a bundle, and we feel good about working with local small businesses.

We get a lot of email with questions and comments, so please comment here where all of our friends can chime in too!

What does sustainable mean?

meaning: The capacity to endure while remaining diverse and productive over time. The potential for long-term maintenance of well being, which has ecological, economic, political and cultural dimensions.

We focus on primarily on the Texas Hill Country areas, but a lot of our content also applies to Houston and Southwest Louisiana areas.

Get this blog delivered to your Amazon Kindle Sustainable Solutions